03.06.2021
A monitoring study was conducted by the Colorful Hopes Association to investigate the quantitative and qualitative status of the playgrounds of children living in Suriçi, and the compatibility of the existing playgrounds with children's rights.

In 2015-2016, armed conflicts took place in urban centers where the Kurdish population is concentrated. One of the centers where these conflicts took place is the central Sur district of Diyarbakır. All the residents of Sur were adversely affected by the clashes. However, children have been the most affected social group as they have difficulty in making sense of what has happened due to their age. Due to the conflict, children have been exposed to many rights violations, including their right to life. Their living spaces, schools, traditional playgrounds where they spent most of their time, and already very limited playgrounds were damaged during and after the conflict. 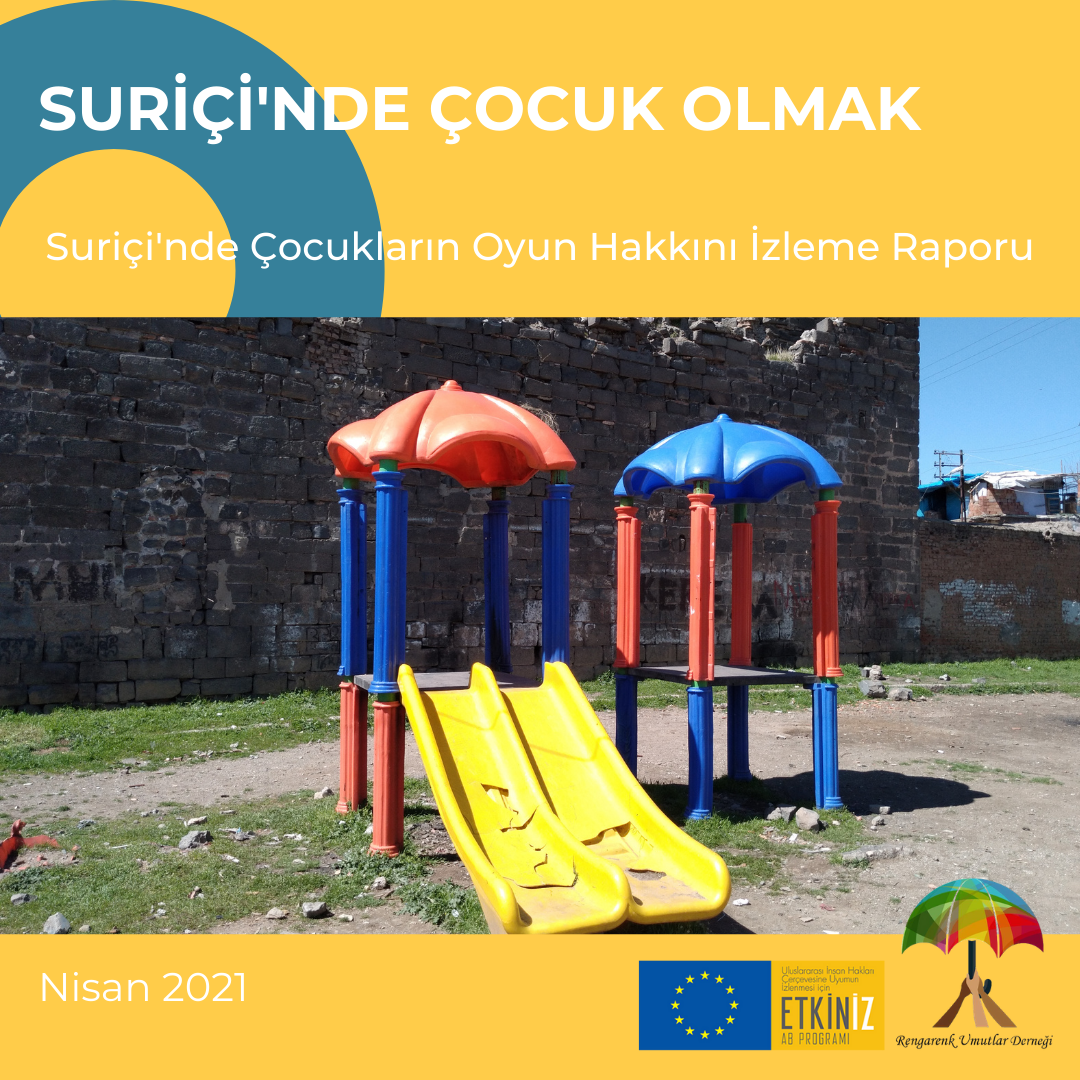 Improving the living conditions of children living in Suriçi after the conflict, and strengthening the playgrounds that contribute to their development is a duty that must be fulfilled by authorities and adults within the scope of children's right to development. When evaluated in this context, it is expected that the authorities will create safe playgrounds, which are known to have a healing effect on traumatic processes, and increase cultural and artistic activities for children who are exposed to a conflict environment and continue to live in that region.

Within the period and processes we have stated; by the Colorful Hopes Association, a monitoring study was conducted to investigate the quantitative and qualitative status of the playgrounds of children living in Suriçi and the compliance of the existing playgrounds with children's rights. Within the scope of the work; a survey was conducted with 115 children, interviews with 25 parents, and interviews with 5 headmen and 1 headman.  According to the data we obtained in the monitoring study; when the strategic plans of Sur Municipality are examined; it is revealed that Municipality does not care about children's participation in the process of creating strategic plans and does not include children's social, cultural and artistic activities, especially playgrounds, especially in the Municipality of Trustee. This result is also supported by the findings we obtained in the field research. Although the Suriçi region has a large area, it has been determined that there are only six parks in the whole region and only three of these parks are usable.

Children do not spend a lot of time in the playgrounds due to the insufficient number of playgrounds and being neglected, and not being safe. Children who spend time in parks face many risks. In the monitoring study, we conducted in 7 neighborhoods of the Suriçi region, the quality of children's playgrounds needs to be developed and improved urgently.

On the streets, which children use as an alternative to play, they are scolded by the residents of the neighborhood. Restricting the areas where children can play both at home and outside/on the street by adults obliges children to use dilapidated buildings. The incidents, which are frequently mentioned in the field study, which are stated to occur in ruined buildings, worry not only the children but all the residents of the neighborhood. It is urgent to regulate, inspect and ensure the security of the derelict/ruined structures increased after the armed conflicts between 2015-2016.

The negative effects of the armed conflicts in the region still exist for children. There were testimonies during the conflict periods and violations caused by armored vehicles afterward, resulting in the death of many children. At the same time, the fact that the violations of children's rights caused by the security forces result in impunity also makes the residents of the neighborhood uneasy. The presence of armed and armored vehicles, which are very abundant in the public space in Suriçi, turns into a perception of danger rather than a sense of security. For this reason, armed and armored vehicles should be withdrawn from the area.

There have been cases where children could not use the playgrounds due to the discrimination they experienced. These discriminations vary according to gender, disability, and ethnicity. It is seen that girls use the street less than boys because their families claim that the street is not safe. Disabled children, on the other hand, cannot go out without the accompaniment of an adult, as the street is not accessible and there are no playgrounds to appeal to them. Refugee children from Syria may be discriminated against by other children in the parks. The primary responsibility for these forms of discrimination rests with the state and is a result of the state's incomplete policies.

Due to the role of the Diyarbakır Governor's Office in urban planning, its duties and responsibilities in the context of children's rights are quite high. The governorship needs to cooperate with civil society organizations in this context. Considering the effect of the media on children's right to play more on their agenda and creating rights-based awareness on this issue, it is an important responsibility considering its impact on determining social perception. For this reason, it is essential for the media to produce content about children's right to play and to use a rights-based language.

It is very important that civil society organizations, trade unions, professional chambers, and independent researchers in Diyarbakır put children's right to play on their agenda and create pressure to remind public authorities of their responsibilities regarding the inequalities and loss of rights regarding the right to play, which is one of the most important rights in children's lives. 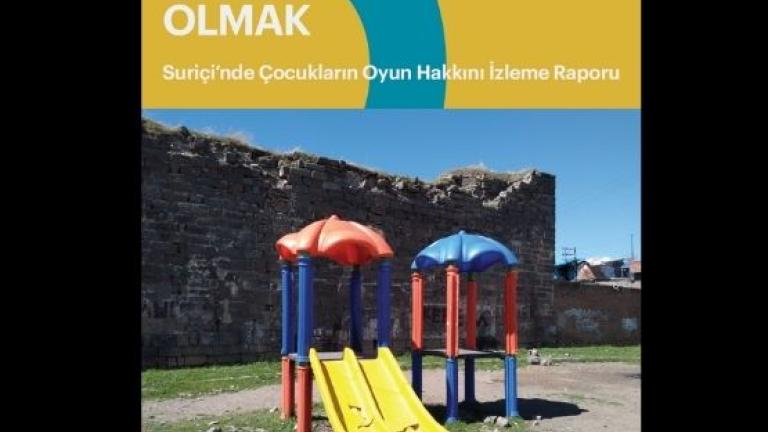 Report on Monitoring Children's Right to Play in Suriçi