30.11.2021
Turkey hosts the largest refugee group in the world, but little is known about the employment status of these migrants at the country level. This study examines for the first time a rich set of employment outcomes – the 2018 Turkey Demographic and Health Survey – with a dataset containing a representative sample of Syrian migrants. 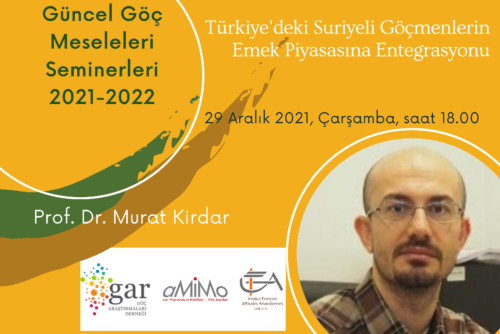 This seminar series is hosted by GAR and IFEA-AMIMO.