26.05.2022
The Balance and Supervision Network (DDA) has prepared a report on the social media regulations that have been on the agenda of Turkey for a long time and are expected to come to the agenda of the Turkish Grand National Assembly in the coming days.

In the report, it was emphasized that practices aimed at regulating the social media field should not adversely affect freedom of expression and democratic competition.

The report, which emphasized that the independence and impartiality of the judiciary are essential for the supervision of social media without harming fundamental rights and freedoms and democratic competition, stated that the institution planned to be established for supervision should also be independent of the execution.

The report, which also reminds us of the last social media regulation made in 2020, includes the following statements: given:

“Censorship and blocking already implemented have been further expanded with the new regulation made in July 2020. In addition to the frequently applied blocking sanction, the sanction of removing content has been added with the new regulation. Similarly, the sanction of disconnecting the content on the grounds of violation of personality rights has been added in searches made with search engines. When examined in this context, the legislation in Turkey already includes very wide-ranging sanctions.” 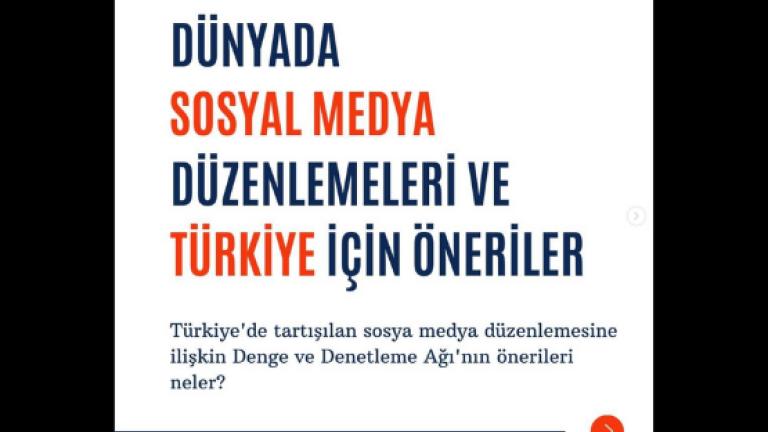