29.04.2022
Karakutu Association will hold the In Search for Justice Seminars, organized as part of the Memory Journey Program, with the theme of literature and memory this month, on Wednesday, April 27, at 18:30 in Postane Istanbul.

"How Does Literature Become a Text of Collective Reminiscence? A Discussion on Yaşar Kemal's 'An Island Story Quartet'

Yaşar Kemal's "An Island Story" quartet is an anti-war narrative. The author focuses on how Anatolia was affected by the First World War and the War of Independence in the ten years from 1915 to 1925, and how it tried to cope with this traumatic effect right after the war. In this sense, it establishes a “counter-narrative” for all literary and non-literary narratives that present the wars of the period in question as an obligation, or worse, a heroic narrative. Thus, in a sense, it offers a new reminiscence procedure or a comprehensive reminiscence text based on subaltern narratives that pro-war texts have used as a complementary element or ignored when it is not useful.

"Who will tell us the truth?"

A genuine establishment of justice is possible only if the truth is understood in the same way by as many people as possible. Then the question arises: Who will tell us the truth about man? Historians? Politicians? Scientists? Of course, from all of these disciplines, some data about the truth come to us; albeit dubious and ephemeral. Apart from these, literature also gives us a much deeper and timeless knowledge of the truth. The true knowledge of literature is fed directly from memory. While creating his work, the author makes an inner journey, regardless of the subject and technique, and returns not only to his memories but also to the ancient knowledge of the collective memory of humanity. This is what makes literature timeless, powerful, and real. Memory is the bed of the writer. Proust created the giant piece On the Track of Lost Times, following the traces of a cookie in its memory. There is a madeleine for every writer, and this is the core of literature. 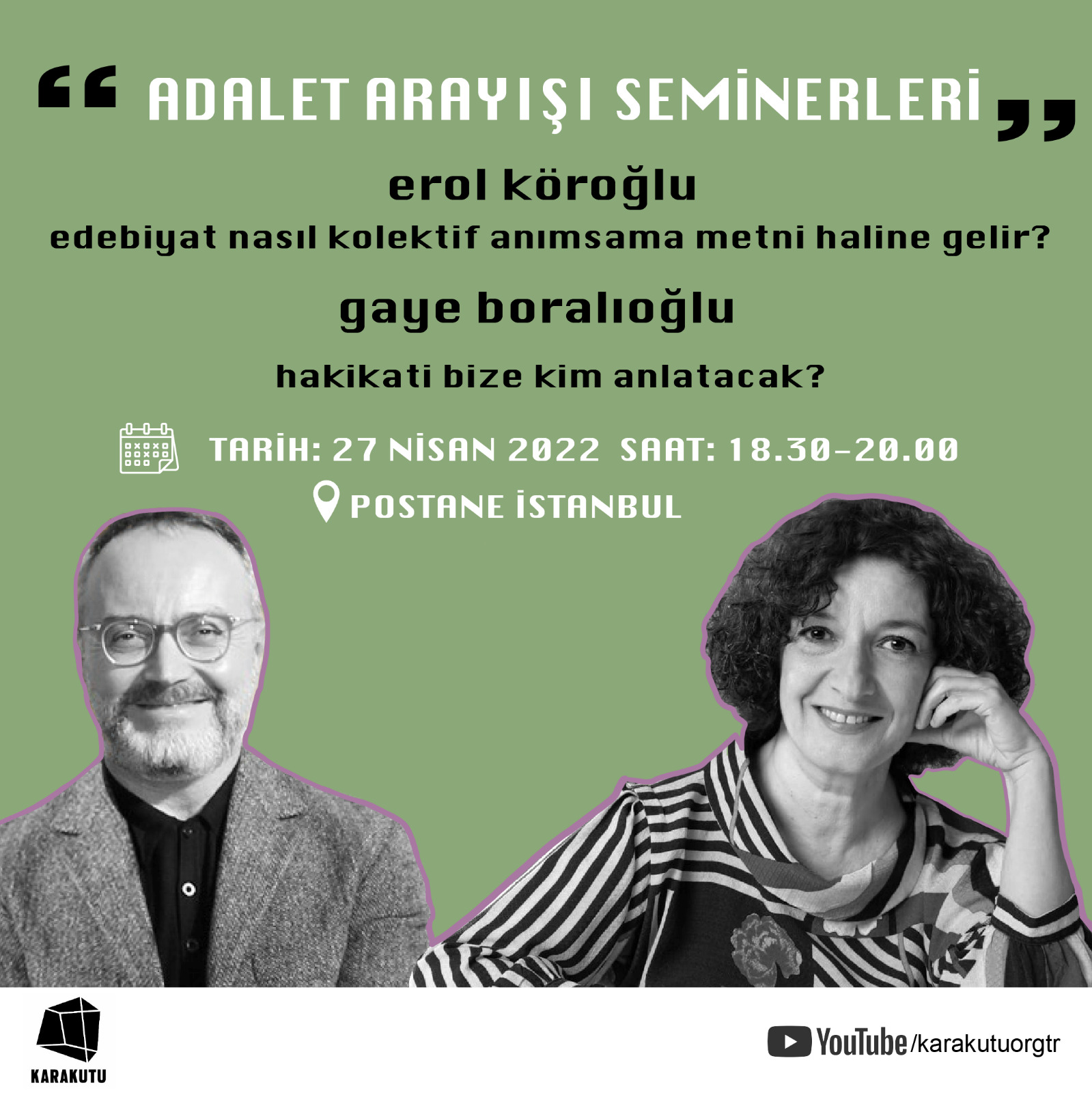