Monitoring Freedom of Religion or Belief Report in Turkey: The Problems Continue

28.04.2022
The Norwegian Helsinki Committee, Freedom of Belief Initiative, brought together the developments in the legal, judicial, and administrative processes of freedom of religion or belief in Turkey in a report titled "A Hopeful Call to Progress to Action".

For the report covering the date range from April 2019 to December 2021, atheist and deist groups from various religions or belief communities; more than 50 people were interviewed, ranging from relevant civil society organizations to human rights defenders from Istanbul, Ankara, Izmir, Malatya, Elazig, Mardin, and Diyarbakir.

In the report, it was stated that multidimensional efforts of the executive, legislative and judicial organs are necessary for the solution of the problems, and it has great importance to comply with the decisions of the international human rights compliance control mechanisms.

The right to association is suspended

The report also drew attention to the fact that no religious or belief community has legal personality in Turkey and the problems created by this.

As the non-Muslim community foundations still cannot elect their board of directors undermines the right to organize: “The elections for the board of directors of these foundations have been blocked since 2013. As a result, the functioning of community foundations and the communities that benefit from them are paralyzed and weakened. Besides the administration and financing of non-Muslim community properties such as schools, hospitals, church and synagogue buildings, these foundations are also involved in philanthropic activities and serve as a lifeline for their communities.”

Atheists, deists, and agnostics face violations in all aspects of life

Another remarkable finding in the report is regarding the violations faced by atheists, deists, and agnostics in the workplace, in the family, and in the education system: “Atheist, deist, and agnostic parents and students do not have the right to be exempted from compulsory Religious Culture and Moral Knowledge courses. Those who criticize religion or belief in general, especially Islam, or certain interpretations of that religion or belief, are at risk of being prosecuted under the Turkish Penal Code (TCK) by being the subject of complaints.”

Rejected by both secular and religious circles, women are forced to live a double life. In the report, it was stated that as a result of interviews with women belonging to different religions or belief communities, women faced great obstacles in their free will while exercising their human rights, including freedom of religion or belief. It was reported that women continue to be vulnerable, especially at home, are oppressed by the secular and religious sections of society, and often feel obliged to live a double life. In addition, the report stated that the representation rate of women in religious institutions is extremely low.

For the elimination of all these inequalities and violations embodied in the field of freedom of religion or belief.

Some of the concrete suggestions offered are: 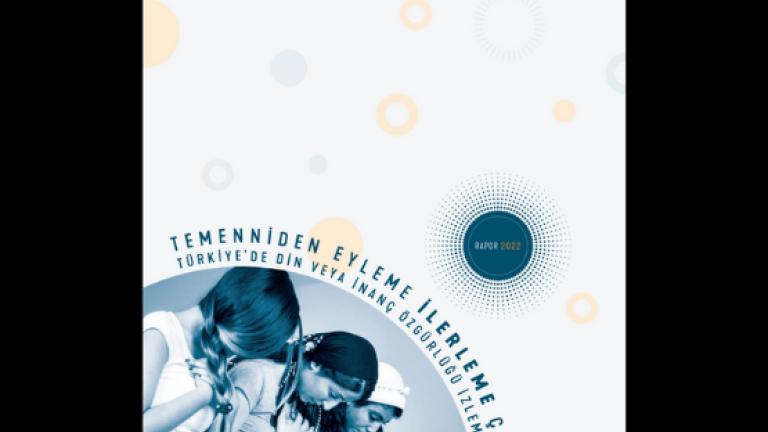 Call for Turning Wish to Action: Report about Freedom of Religion or Belief Monitoring in Turkey