Place of Hope Cities Conference: Disasters and Risk Management in an Age of Climate and Ecological Crisis

18.11.2021
Disasters as a result of the climate and ecological crisis are affecting our planet more and more. In addition, we can say that the said effects will be much more devastating for disadvantaged groups and living spaces where adaptation measures are not taken due to the climate crisis. In this context, fighting disasters in the age of ecological crises; Resilience against disasters is one of the most important agendas that should be addressed together with the ecosystem balance in urban and rural planning. 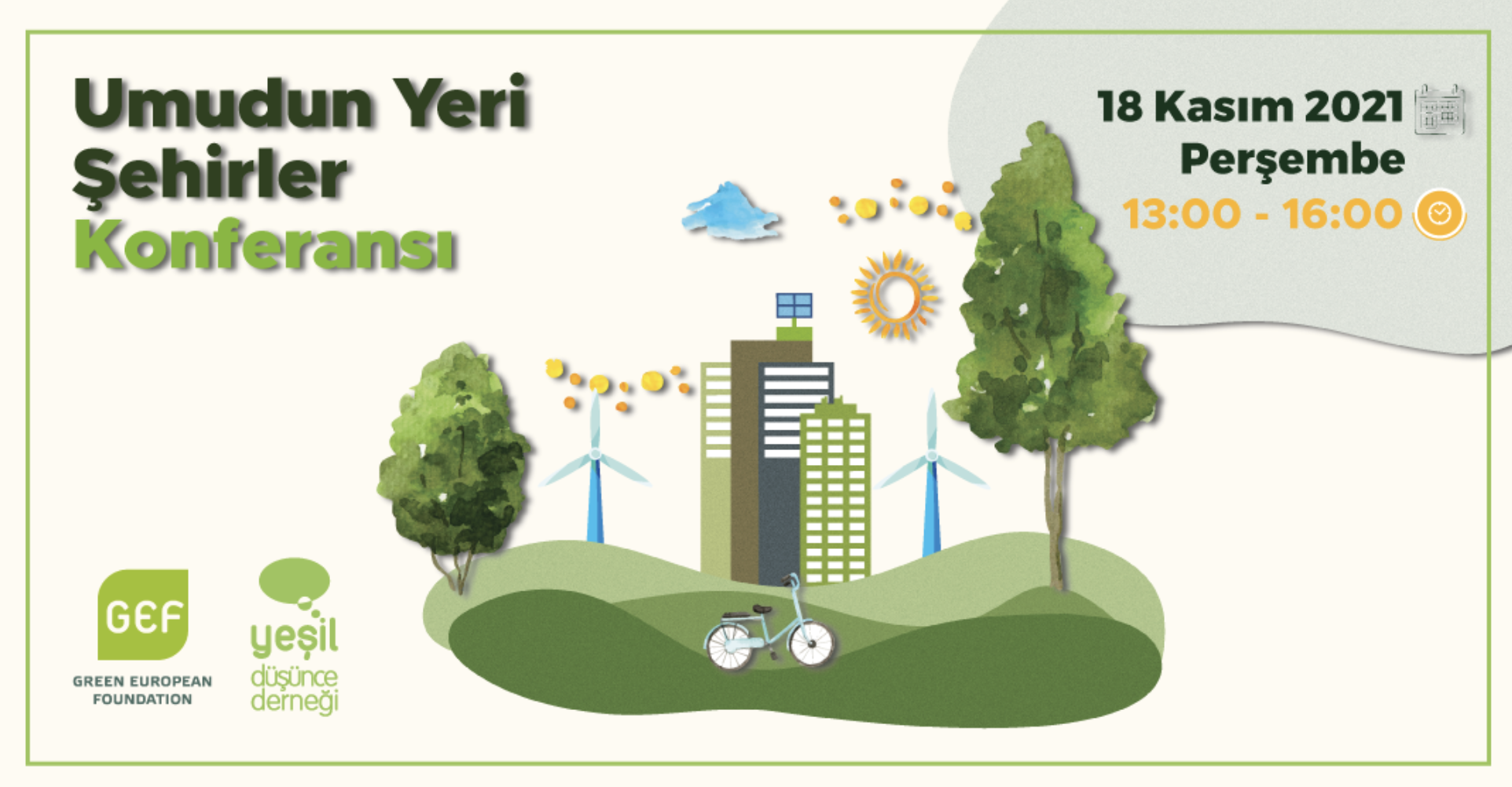 Burnt forest areas in Mediterranean Europe are expected to increase by 40-54% if the world's average surface temperature warms by 1.5 degrees compared to the pre-industrial period, by 62-87% if it warms by 2 degrees, and by 96-187 percent if it increases by 3 degrees. While an average of 20 thousand 760 hectares of land burned every year between 2008 and 2020 in Turkey, the forest area that was ash between January and August of 2021 reached 177 thousand 476 hectares.
Estimates of costs from worldwide drought impacts from 1998 to 2017 show that droughts affected at least 1.5 billion people and caused at least $124 billion in economic losses. However, these are only partial estimates and most likely gross underestimates.

In 2020, the number of flood disasters reached 201, an increase of 26 percent from the 2000-2019 average of 163 per year. In addition, deaths due to floods amounted to 5233, 18 percent higher than the annual average.
In this context, we will discuss the climate crisis and crisis management in the context of health policies, forest fires, drought, flood disasters, and biodiversity at the online conference titled “Disasters and Risk Management in the Age of Climate and Ecological Crisis” that we will organize as part of the Place of Hope Cities Project. With this event, we aim to prepare a policy note on urban policies and related measures that can be addressed in this context.

Our conference titled "Disasters and Risk Management in the Age of Climate and Ecological Crisis", which we will organize as part of the Place of Hope Cities Project will be on the Zoom platform on Thursday, November 18, 2021, between 13.00 - 16.00.

*Cities are the Place of Hope Project by the Green Europe Foundation from Spain (Transición Verde), Catalonia (Nous Horizons), Croatia (The Institute for Political Ecology-IPE), Belgium (Oikos), North Macedonia (Sunrise), and Turkey (Green Thought Association) ) is carried out with the support of green organizations such as This project was launched in 2019, focusing on progressive city networks as a key factor in developing a positive narrative about the future of Europe. With the activities carried out within the scope of the project, it is aimed to bring together progressive and transformative local and international city networks, to provide cooperation, to facilitate the exchange of information, and ultimately to contribute to the creation of a positive narrative about the future of Europe.