Campaign for the Most Romani Friendly Mayor Has Begun

29.03.2022
Applications for the "Most Romani Friendly Mayor" campaign, organized for the third time this year, have started.

The campaign aims to raise awareness about Roman Inclusion, change approaches and contribute to overcoming barriers.

The mayors of Albania, Serbia, Kosovo, the Republic of North Macedonia, Bosnia and Herzegovina, and Turkey, who were awarded the Most Roma Friendly Mayor award, will attend a special event in Brussels between 16-19 May 2022 as part of the Roma Week, and the EU Commission They will meet with a senior representative from DG NEAR's Directorate-General for Neighborhood and Enlargement (DG NEAR).

An independent jury will be formed within the campaign, which will last between 1 March and 15 April 2022, and the winner will be determined according to the application form.

Detailed information and the application form can be found here.

The campaign for the Most Romani Friendly Mayor was launched in Albania, Serbia, Kosovo, within the framework of the “Change Power of Roma Women in the Western Balkans and Turkey” project financed by the European Commission, carried out in partnership with Roma Active Albania and ERGO Network and implemented by the Zero Discrimination Association in Turkey. It is carried out in the Republic of North Macedonia, Bosnia and Herzegovina, and Turkey. 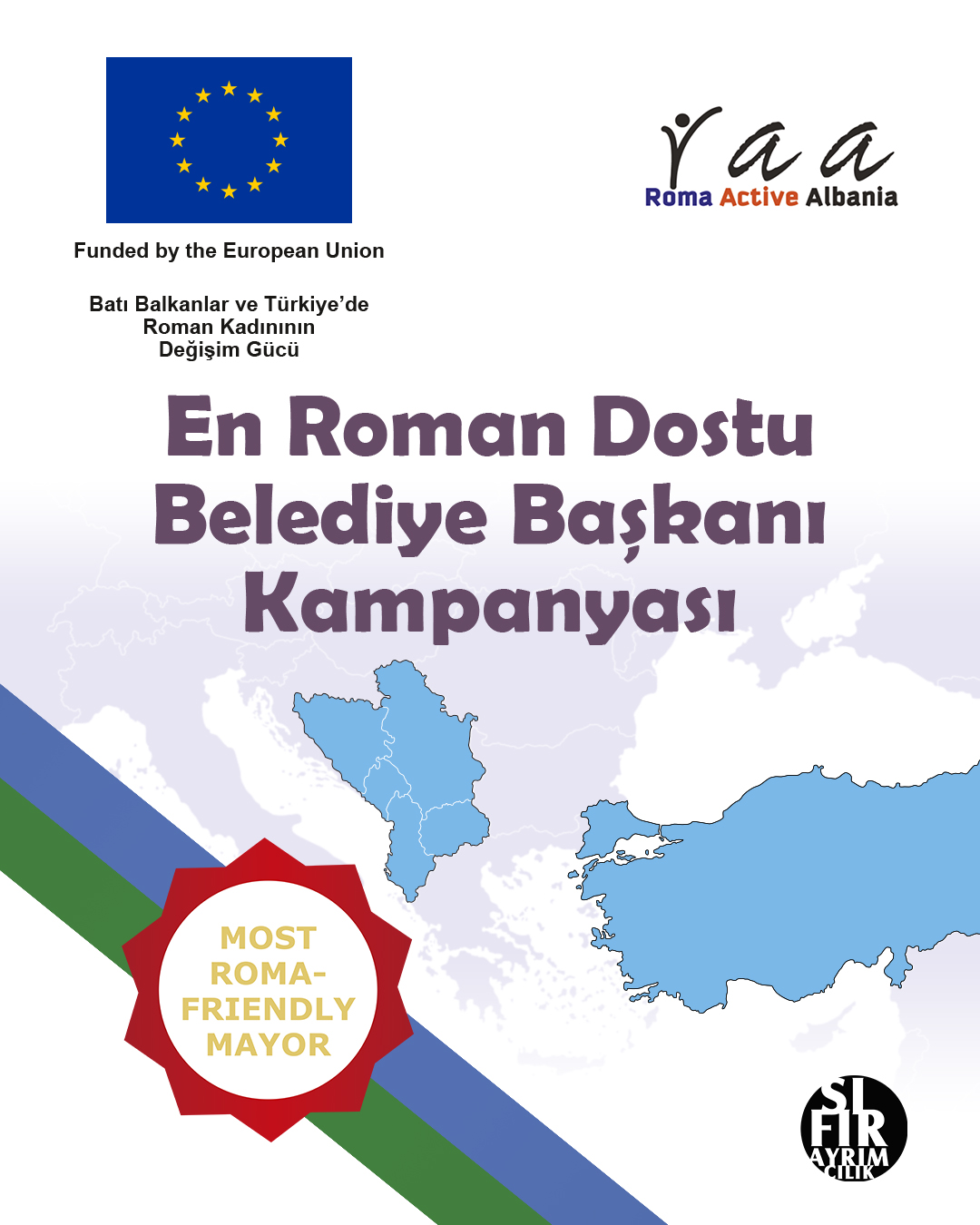