Global Women Solidarity Meeting with Women from Afghanistan by EŞİK

Women that spoke in the meeting stand on the subject that the destiny of women from the world is tied to the destiny of women from Afghanistan, and what happens in Afghanistan is an assault on women all around the world, as it has been spoken in the first meeting. A participant stated that she had been a part of high school clandestinely from home, and the school had been burnt by the Taliban. She added women are not accepted in universities; women presenters are put back from state television, a lot of women are gone missing in Afghanistan. Another participant said that the Taliban threatened people by saying, “Outsider forces will be gone in 20 days, you will see then.”. She mentioned that the Taliban distract the world’s attention by acting middle-of-the-road, but Afghan people will resist over Taliban’s regime in order to violation of human’s rights, which is likely to occur.

In the meeting, it is mentioned that the NATO occupation that has led by the USA did not bring peace or democracy to Afghanistan. It was emphasized that the USA and its allies, who created and supported the Taliban throughout the 1980s, ignored the inhuman and misogynistic oppression that the Taliban continued in the 1990s, continue to make the peoples of Afghanistan pay for their imperialist projects. Women from Afghanistan stated that, as in the past, the Taliban regime is a threat to primarily women and children, and to all Afghanistan people, and called for women all around the world to pressure the Afghan government before chaos takes its place and leads bloodbaths in Afghanistan streets.Women also draw attention to the responsibility of countries that provide weapons to criminal syndicates such as Taliban and underlined their will for “peace and disarmament”. Pointing out that the imperial powers have turned the world into hell for their own interests, women indicate that enough is enough, that they need to demand change more organized and louder. They repeatedly emphasized the indispensable importance of secularism for women and societies to live freely and in peace.

The call of the Women's Platform for Equality (EŞİK) and the global solidarity meetings with Afghan women, with the participation of women activists and women's organizations from many national and international countries, will continue, and the efforts to create a women's network will begin immediately. 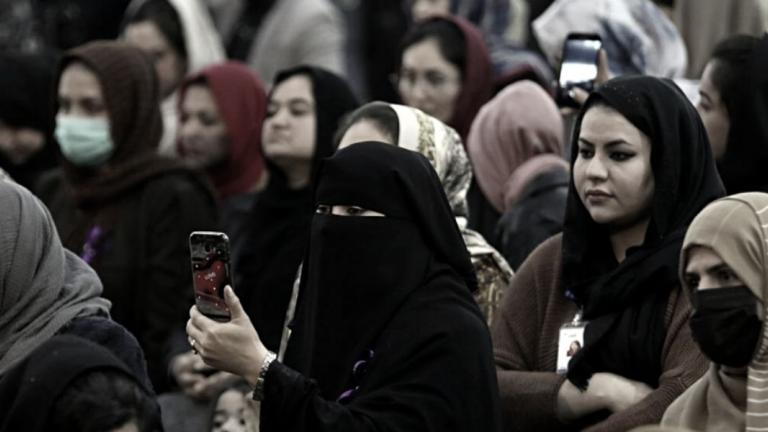