Let's start by talking about the concept of sexual violence first? What is sexual violence? Apart from common forms such as harassment and abuse, in what ways do we come across?

Sexual violence defines all kinds of sexual acts and acts in which a person is forced to participate in situations where his / her consent is built or cannot be approved. If the person is under the influence of alcohol or drugs, medication etc. If the resistance is broken with substances, if the person is not conscious, approval cannot be mentioned. Some people are not qualified to approve. Like children, animals, or people with disabilities.

Sexual abuse, economic, psychological, and sexual abuse of children through marriage, stalking, dating violence, digital sexual violence, control of body and reproductive rights by force, such as abortion, or prevention of access to healthy-sterile contraceptives, forced or non-consensual desexualization operations. 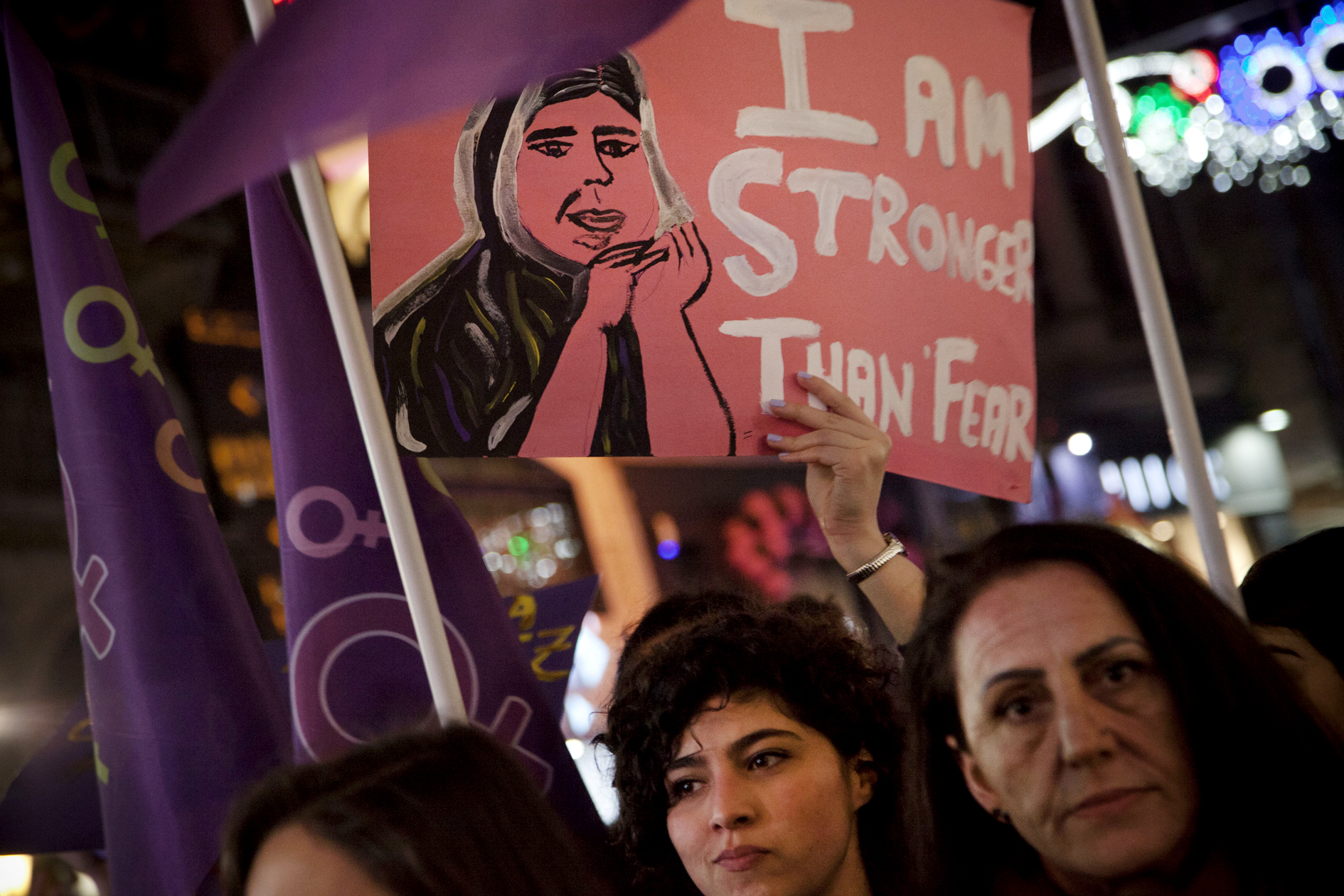 What are the widespread and common mistakes about sexual violence?

We can say that sexual violence has become more visible and talked about in society in recent years with the effect of many national and international rights-based movements. One of the reasons why sexual violence has not been discussed and not visible before is the widespread and accepted mistakes in the society about sexual violence that you have emphasized.

The source of these wrongs derives from a way of thinking in which the subjected person is blamed. We can almost always hear phrases like “what was she doing there at that hour”, “they drank alcohol together”, “if she didn't wear a short skirt”. However, instead of these mistakes, we can combat sexual violence by placing an approach that does not blame the subjected one and focuses on the violence itself and the perpetrator.

We see posters, visuals, and campaign work in combating sexual violence. Well, are these enough? Or if we ask, what else can we do to combat sexual violence?

As we said, changing our perception and behavior is very important in combating sexual violence. Mutual consent is the most effective method of preventing sexual violence. We can start change from both ourselves and our immediate environment. To do this, we must look for ways to build safer relationships and we must all take responsibility for spreading the culture of approval. However, the state has the responsibility to spread the culture of approval. We know that if the state implements the Istanbul Convention, if comprehensive sexuality trainings are given in schools, if steps are taken regarding gender equality, sexual violence will decrease anyway. For this reason, we should call the state and authorities to implement the Istanbul Convention and the law numbered 6284 and follow the matter. While doing this, we must also consider the undeniable effect of communication and solidarity in social transformation. In other words, we can give our opinions to the media to keep this issue on the agenda.

We can follow various women's and LGBTI + organizations and platforms working on the subject on social media. For example, the Women's Platform for Equality (EŞİK) monitors what has been done and not done in the Turkish Grand National Assembly on behalf of women's rights and gender equality, feminists are waiting for us in the field as 25 November Women's Platform, Young LGBTI + Association calling everyone to be a follower for the case of Hande Buse Şeker by saying #HandeBuseŞekeriçinAdalet.

The role of the media in the establishment and spread of sexual violence myths cannot be denied. You have recently made available an archive of images that you have been working on this subject for a long time. Can you talk a little bit about that?

The language used in the news often normalizes sexual violence, making it seem like sexuality. The perpetrator is marginalized and "dehumanized" or the subjected person is victimized.

The similarity of public perception and media language is no accident. This is why the media need to transform the language for social transformation. Newsmakers should ask themselves that "What message does the headline, content, visual I use send to a person who is subjected to sexual violence or to millions of people who have experienced this violence?"

Of course, the visuals we use are also very important for a rights-based, empowering, and supportive, awareness-raising news frame on sexual violence.

The idea of ​​a visual archive arose from the absence of rights-based images that can be used by media professionals in sexual violence news in our workshops with media workers. We aimed to reach large masses of images that do not sacrifice those who are subjected to violence and do not repeat asymmetrical power relations and to call people to be a part of the struggle for rights in the fight against sexual violence. With the csgorselarsiv.org website, we aim to encourage reporters to use empowering visuals that give the right message.

You can reach the visual archive site at csgorselarsiv.org. After entering the site, you need to be a member to download photos. For the images downloaded from the site, it is necessary to refer to "Photo: Photographer name / csgorselarsiv.org" Again, those who want to provide an image can add it as a member. Uploaded images will be approved and published by us as long as they comply with our principles.