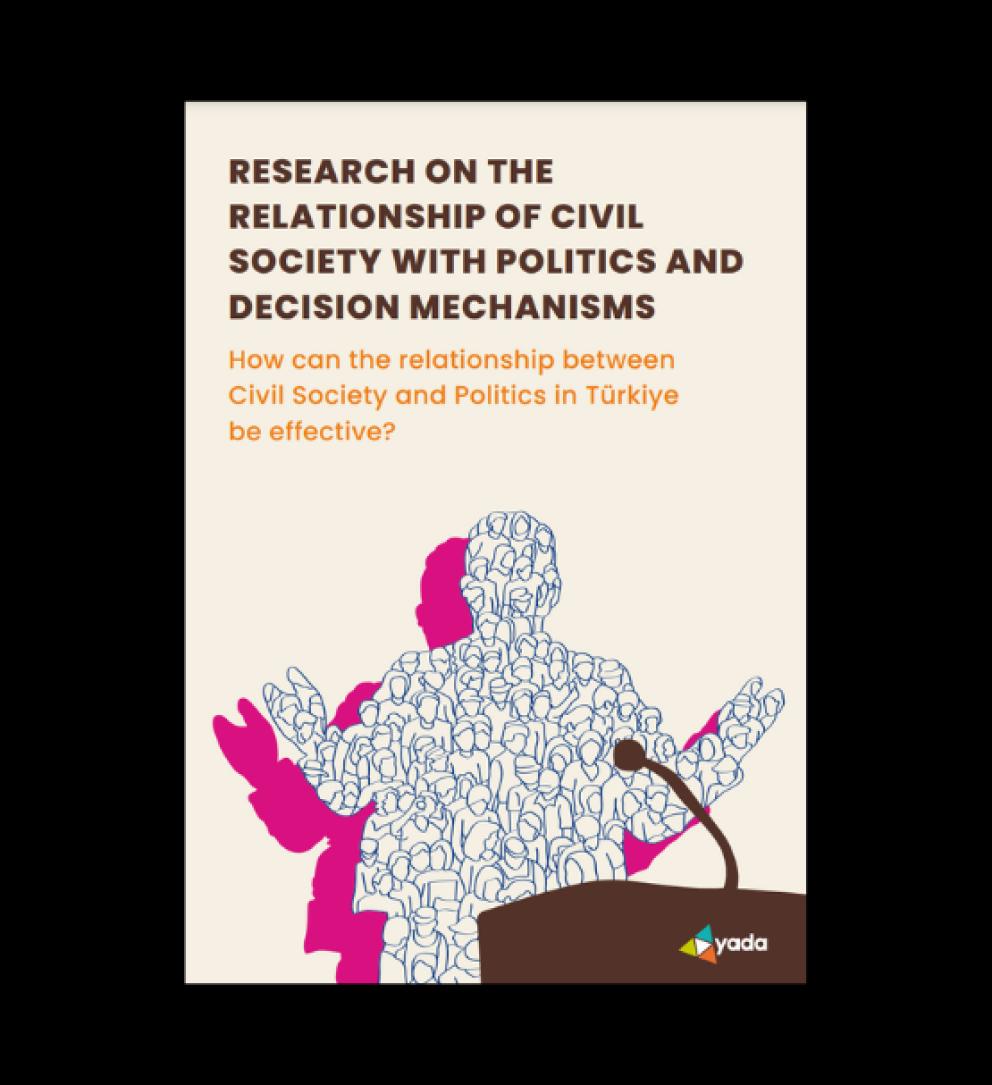 The Relationship of Civil Society with Politics and Decision Mechanisms Research

Politics, like the civic sphere, has narrowed
Another important finding of the research is that the stakeholders interviewed noted that politics, like the civic sphere, is shrinking. In other words, it is becoming increasingly difficult to work in the political sphere. Political parties, like civil society organisations, have problems with freedom of expression and association, and in many provinces they cannot take to the streets. As a result, the social impact of politics is diminishing. It is apparent that polarisation is taking place not only in the civic sphere, but also in the political sphere.

Among the solution proposals produced in response to the question of how to have an effective dialogue between civil society and politicians, the need for legal regulation of the participation of politicians and civil society in decision-making is prominent. However, civil society is expected to communicate with politicians in a deliberative language.